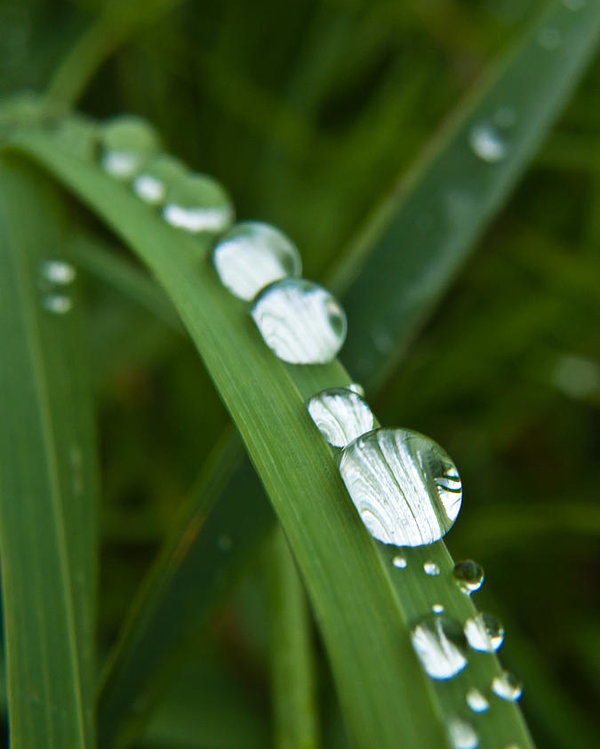 The second blessing of the Amidah is marked with little prayerful weather reports: In the rainy season of the Land of Israel – from Shmini Atzeret at the end of Sukkot until Pesach – we praise God for the wind and rain. In the Israeli summer – almost invariably rainless – we thank God for the dew, which forms overnight when air moisture condenses on the cooler surface of the earth.

These are not exactly petitionary prayers. They are more like praise and grateful assessments for the typical climatic conditions. More wow than please. The Talmud refers to them as “buttering God up,” before the prayer for rain that will come in the 9th blessing of the Amidah.

The Talmud [Ta’anit 3a-b] regards saying morid ha’geshem/”who makes the rain fall” as obligatory in the winter, and considers the statements about wind and dew to be optional all year round. Still, those lines have become fixed in most prayer books. All siddurim and Halakhic authorities include the statement about the wind in winter, and most – the Sefardic, Hasidic and Mizrachi prayerbooks – include morid ha’tal about dew in the summer. Only classical Ashkenazic (i.e. non-Hasidic) liturgy recites the winter praise for geshem, but not for tal after Pesach. However, Ashkenazim did and do recite the grand poems by R. Elazar Kallir (7th century, Palestine) marking the liturgical advent of geshem in the fall and tal in the spring, so it stands to reason that once upon a time they also included both phrases in their liturgy. Why would you recite the poem if you were not about to mention tal in your prayers?

Today, the universal custom in the Land of Israel is to recite tal, Yekkes and Litvaks included.

Myself, I love saying morid ha’tal. These fall days, we’re heading toward the end of the tal season, and I will miss it when it ends.

As I davven, praising the miracle of tal is an affirmation of blessing in unlikely places. The Israeli summer is typically bone dry. And blazing hot. It is a time of hamseen and sharav, the scorching desert winds. The much-needed bounty of moisture is nowhere to be found. Let’s take that as a symbol of fatigue and aridity. Perhaps you feel shriveling, parching, desiccated, despairing.

Wait! Don’t despair. Perhaps you cannot see it with your eyes, but, actually, the very air itself is filled with moisture. And in the overnight cool, the beads of water precipitate out of thin air, and by dawn they appear poised atop each blade of grass. That deserves a blessing.

One of my sweetest memories comes back to me when I recite this little phrase: I walked in an early summer morning through Sacher Park in Jerusalem, with the sunlight rising, striking the beads of dew on each blade of grass. I felt I was walking through a field of diamonds. Blessed are You, for each dew drop.