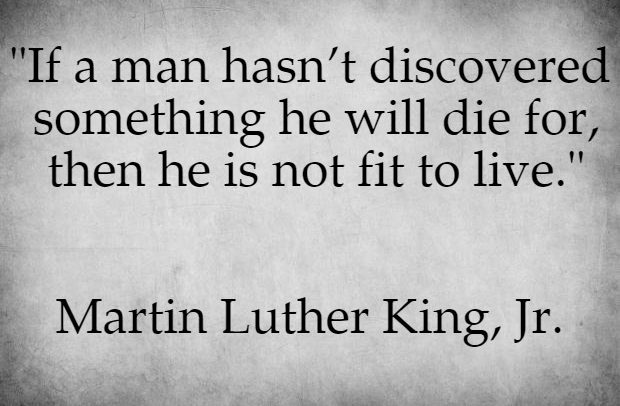 Contemporary American Jews reject martyrdom. If you asked me to imagine a martyr I would probably think of a shahid, a Hamas suicide bomber, or a tortured Christian saint, whose eager pursuit of suffering seems creepy and masochistic.

Judaism is a life-affirming religion and mistrusts any impulse to venerate death. We hold that “these are the mitzvot which a person should live by,” meaning that we should “live by them and not die by them,” so that פיקוח נפש/pikuach nefesh, or emergency lifesaving, warrants violating almost any rule [Yoma 85b, on Leviticus 18.5]. Especially after the Shoah, we properly worship the מלך/melekh, “the King who loves life,” as we say on the High Holidays, and shun the מולך/molech, the false god of death.

Yet at points during our lengthy history Jews were called upon to surrender their lives, rather than betray God, the Torah and Israel. This became known asקידוש השם/kiddush haShem, or “sanctifying the divine name,” a concept that inspired Jews to faith and courage during Roman persecutions, medieval Crusades, the Spanish Inquisition and the Nazi era. [Personally, I agree with Emil Fackenheim that the Nazis’ victims were not exactly “martyrs,” since unlike other victims, they could not save themselves by apostasy. Still, some Shoah victims did speak of themselves in these terms, such as Rabbi Shimon Huberband, who wrote a learned book on Kiddush HaShem while in the Warsaw Ghetto.] Even today, these traditions can animate how you daven the Shema.

Turning to the text of Shema itself: The ואהבת/ve’ahavta, the first paragraph,summons us to love God with both our good and bad hearts, as I discussed last week, and in the next phrase, to love בכל נפשך/bekhol nafshekha, “with all your soul.” The Mishnah [Berakhot 9.5] interprets this to mean: “Love God even when He takes your soul” – at the moment of death. This is the source of the idea that the Shema should be our final deathbed words, as we return our souls to God lovingly. I hope we are all privileged to recite that last Shema peacefully, surrounded by loved ones. Amen, ken yehi ratzon.

However, to put a literary flourish on this, one of the most famous Talmudic passages illustrates this idea of loving unto death with a grisly story of martyrdom. After the 2nd century Bar-Kokhva rebellion, according to rabbinic lore, the Roman emperor Hadrian imposed devastating persecutions, banning Torah study and many mitzvot, and executing leading sages.

The tale [Berakhot 61b] relates that Rabbi Akiva was being flayed alive with iron combs at the time to recite Shema, which he did. His students ask how he has the strength to affirm God even amidst his torture. Rabbi Akiva replied: “All my life I struggled with the interpretation that you should love God with all your soul – even when He takes your soul. When would I fulfill this in practice? Would I be able to? Now the opportunity is before me – shall I not fulfill it?” He drew out the word אחד/echad, one, and “his soul departed at one.” At that point, a heavenly voice proclaimed: “How fortunate are you Akiva, destined for the world to come.”

On a literary level, this is a very rich text: I especially like the detail that his dying word is “one,” suggesting not only that he completed the first line of the Shema, but that he died in a moment of unity with God.

We may bristle at the idea that R. Akiva is deemed “fortunate.” Better would have been for him to live happily until 120. But this story does illustrate the subversive power of spiritual resistance to tyranny. In a parallel account, in the Jerusalem Talmud [67b], R. Akiva laughs at his torturer, “the wicked Turnus Rufus,” demonstrating that all the pretensions of earthly Roman power are flimsy, compared to the King of Kings, whom he loves unto death.

I hope none of us are ever tortured. But if and when we suffer, I hope we draw strength from our commitment to God, Torah, and Israel, which sustain us and makes life worth living. As this story illustrates, that devotion can even make dying meaningful. I would submit that while we should not desire martyrdom, the dedication to something you love more than your own life – a person, an idea, a country, a faith – is vitally important. As Martin Luther King said [June 1963, in a “first-draft” of the “I have a dream” speech he would give in August]: “I submit to you that if a man hasn’t discovered something he will die for, then he is not fit to live.”