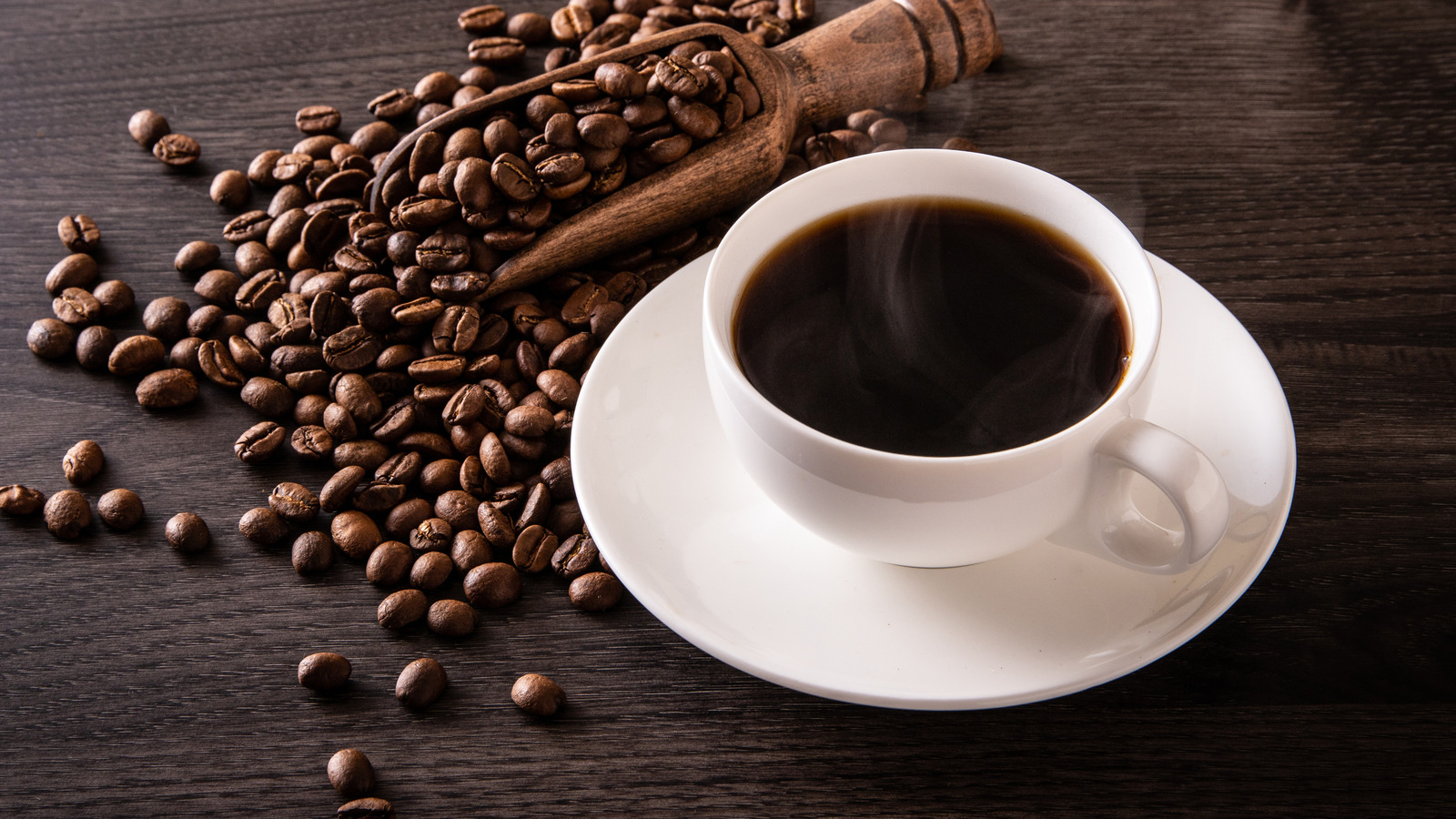 Members of our Ansche Chesed community know that I take Jewish legal traditions seriously and reverently but in a heterodox way. I am happy to be a faithful, traditional but non-Orthodoox Jew. I do not automatically incline toward the most stringent behaviors, which would be neurotic. But neither do I seek out all the most lenient options, which would be cheating.

In the next few paragraphs, I will discuss a relevant application of Shabbat rules to something that will enhance Saturday mornings at Ansche Chesed: A new electric coffee percolator in our beautiful lobby. Please come down to the sofas, near the coat room, beside the elevator built for wheelchair access, and enjoy a cuppa joe on us.

I know that not all of our community finds Halakhic questions compelling. But I wanted to explain my position, since this issue could produce disagreement among our members and guests, or could give the wrong impression – known as מראית עין/marit ayin – miscommunicating about how far the precedent extends, what our community considers permissible and what is actually forbidden. So for those who are curious, here is a brief Halakhic inquiry – hopefully, presented clearly enough for any interested reader, without getting too technical.

Virtually all Orthodox Jews and not-so-many-but-some observant non-Orthodox Jews do not actively use electric appliances on Shabbat. If that is your practice, more (non-electric) power to you. But it is not mine. I concur with my friend, our fellow AC member, Rabbi Daniel Nevins that electricity is not forbidden per se.

But even if electricity is permissible, many applications of electricity would still be forbidden. You cannot use an electric chain saw to cut down a tree on Shabbat. And since cooking is one of the central Shabbat restrictions, you should not bake a cake in an electric oven. With respect to coffee, Jews who wish to observe Shabbat rules should not boil water on Shabbat – certainly not by using an actual flame nor even with an electric pot or microwave.

So how can Shabbat-observant Jews make coffee? Many set up an electric urn on Friday afternoon, drawing hot water for individual cups of tea or instant coffee or pouring the water through a cone and filter of coffee grounds. [Technically it is best to decant the water from the urn into another container before pouring it through the filter.]

What about setting up your electric coffee maker on Friday afternoon so that a timer triggers a fresh pot for Saturday morning? That is my practice at my own home, and what we will do in our new AC lobby.

The first point that would enable this strategy is that according to Halakha, Jews cannot work on Shabbat, nor can their employees nor their non-human animals, but their inanimate utensils are under no such prohibition. The classic case from the Mishna is that one can begin steeping flax – a multi-day practice critical to clothing production – on Friday afternoon, because your vats need not rest. In other words, people should not work. Coffee makers can.

Still, AC members should know that many Orthodox authorities would reject this practice.

Traditional Halakhic authorities love slippery slope arguments. Don’t do the permissible X, lest you end up doing the forbidden Y. [Recall the time honored joke: “It might lead to mixed dancing.”] With respect to cooking, the Sages were especially vigilant, anxious that almost any involvement in food preparation on Shabbat itself would lead to violations like speeding the cooking along by stirring the pot or by stoking coals to boost the fire. That’s why the classic Shabbat stew – the Sefardic hamin or Ashkenazi cholent – were delivered on Friday afternoon to a still-hot bakery oven from which the actual fire and fuel were removed, and the pots left untouched until the next day when they were eaten.

For slippery slope reasons, many authorities forbid setting up electric cooking appliances on Friday so that they would operate on Shabbat itself. They feared that the distance was all too small between cooking automatically on Shabbat and cooking actively. [Two prominent examples: R. Eliezer Waldenberg of Jerusalem, Tzitz Eliezer 2.6, and the late Toronto based Sage, R. Gedalia Felder, Yesodei Yeshurun 3.43.] I would concede that if we were talking about setting up crock-pots and stews, these issues would be more complex, if not totally decisive. In such cases, one legitimately might worry that people would add water or food to the pots and stir up the contents of the vessel on Shabbat itself. Alternatively, people might improperly reason that since they could place food in the crock-pot on Friday before Shabbat began, they might also put food in the pot on Saturday before the timer kicks in. (Not!)

But with respect to electric coffee makers, none of the slippery slope worries need apply. Once you fill the machine with water, add the coffee and set the timer, there is literally nothing a person can do to advance the process. You cannot make it hotter. You cannot add more coffee. There is nothing to stir. One has to commit that if the timer fails and the machine does not go off as planned then you’re just going to go without coffee. So promised.

If you do all that, you can be confident: there is no Shabbat violation in setting a percolator to go off via timer on Shabbat itself.

I find the logic of these claims decisive. I don’t take lightly that many contemporary authorities disagree. But I am not the Halakhic authority in Boro Park or Teaneck or at Orthodox shuls in our neighborhood. I am at Ansche Chesed, and I believe this is a good policy for us.

But as long as we’re keeping score of Halakhic precedents, let me note that the annals of Jewish law provide some support for my position and at least one cool historical anecdote.

One of the most conservative – decidedly not “Conservative” – early modern sages was Rabbi Moshe Schreiber [1762-1839], known as the Hatam Sofer, who spent most of his career in the Austro-Hungarian empire, especially in the city known as Pressburg in German, now Bratislava, the capital of Slovakia. An avowed foe of all modern innovation, his Halakhic rulings tilted strictly with a heavy yoke.

Yet he approved a clever workaround in a case very similar to ours, albeit with 19th century technology. To enable themselves to stay up late to study Torah, the sages of Frankfurt, Germany, would place a coffee pot atop a pile of kindling on Friday afternoon, and ignite a long, slow-burning wick. The fuse would hit the wood around 10 or 11 pm on Shabbat eve, igniting the fire and heating the coffee. [Hatam Sofer’s endorsement can be found in a book by one of his students, Mata d’Yerushalayim, 5a.] This was a timer before its time.

Other 19th and 20th century German authorities would adopt Hatam Sofer’s reasoning to use timers on gas ovens, applying various restrictions to manage the slippery slopes. [See R. David Zvi Hoffman, Melamed Le’Hoil, EH 3:58.] The Israeli authority R. Shlomo Zalman Auerbach [1910-1995] held that there would be no violation in cooking on Shabbat via use of timers set on Friday, although in practice he did not think this was very pious behavior. These sources are discussed by R. Eliezer Melamed in Peninei Halakha vol. 2, p. 205. Rabbi Melamed – who is controversial among his “national Haredi” colleagues for his relatively progressive (by their standards, not ours) views on liberal Judaism and women’s leadership – writes that this logic is compelling, and could even license the use of electric bread machines if all preparatory steps were set before Shabbat and as long as it was impossible to adjust the machine operation on Shabbat itself. [Another example of R. Melamed’s creative ruling: he authorized saying Kaddish on a Zoom minyan early in the Corona pandemic.]

Thanks to the compelling logic of the argument and the considerable, if controversial, precedent, I feel confident in setting up a percolator in our lobby, which will give us fresh brewed coffee to share on Shabbat morning. See you around the lobby.