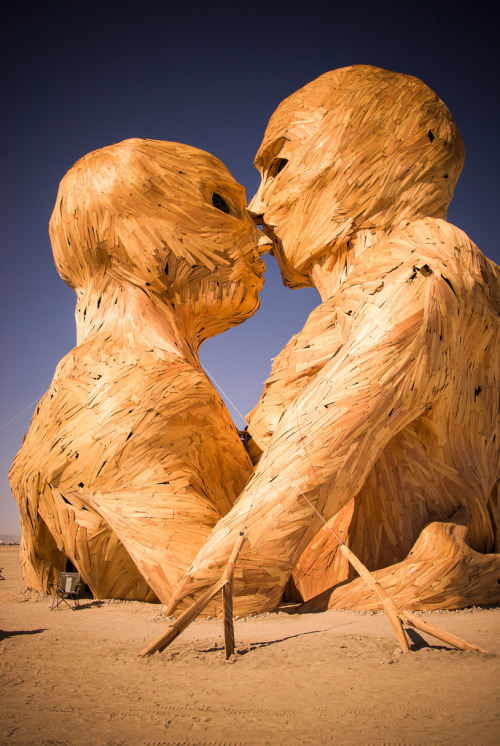 Themes of exile and homecoming pervade Jewish history and memory from the opening chapters of the Torah, as Adam and Eve are driven from Eden. Abraham and Sarah are trapped in Egypt and escape to Canaan, just like their descendants. Later, Assyrians and Babylonians exiled us to Mesopotamia, setting the stage for another return. The Romans did an even more thorough job of scattering Jews, from which we have not yet recovered. Many of us see modern kibbutz galuyot/“ingathering exiles” as a real-life 20th century miracle, as Jews from every country on earth returned to our ancestral homeland to rebuild our nation.

Our blessing yearns for restoration, drawing from Isaiah’s poetic prophetic vocabulary: “On that day, a great shofar will blast, and those lost in Assyria and those driven off to Egypt will return to worship God in the holy mountain, Jerusalem [27.13];” and “On that day, God will raise His hand again to gather the remnant of his people from Assyria, Egypt, Ethiopia … and the islands of the sea. He will raise a flag to the nations and gather together those driven off among Israel and the banished of Judah from the four corners of the earth [11.11-12].”

A davvening Jew can reflect on Am Israel’s real historical experience and hope for our physical restoration. In today’s post, I will take a metaphorical approach, drawing on a Kabbalistic master, R. Moshe Cordovero [1522-1570] or “Ramak,” one of the two leading figures in the 16th century mystical renaissance in the Galilee city of Safed. The following slight paraphrase comes from his siddur commentary, Tefillah LeMoshe.

Ramak employs an important theological trope from the ancient Midrash: “Shekhina be’galut/in exile.” The Sages taught that whenever, wherever Jews were subjugated, God’s presence accompanied us [e.g. Mekhilta Pis’cha 14]. In Egypt and Babylon, the Shekhina was right there. Immo Anokhi be’tzara, says the Psalms [91.15], which they creatively misread as “along with you, I, suffer too.” Ancient Sages used the term Shekhina simply to mean Divine presence. Only later the term developed its Kabbalistic sense of a feminine Divine facet of. By Ramak’s time, this had become its primary meaning.

That feminine representation also symbolizes Knesset Israel, the mythic collective of the Jewish people. To understand Ramak’s interpretation, begin by appreciating the depth and daring of this theological maneuver. One way to conceive of God, immanent in the world, is as the collective of Jews. (Christians have a parallel trope: the church is the body of Christ.) For us, one access point to the Divine is to see Her – as it were, so to speak, kav’yakhol, metaphorically, maximum apologetic qualifiers – as a mother, whose body is made up of her children.

Where is she? Lost. Exiled far from home, weeping inconsolably [see Jeremiah 31.14].

Why? Because her children are scattered.

What are we going to do about it? Bring her home.

How? Love each other.

When the blessing says that God “will raise a flag” to gather the dispersed, it means that Tiferet [in Kabbalah, the male Divine aspect] remembers the lost beloved bride. Says Ramak: “The essence of the Shekhina be’galut refers to the scattered souls of Israel, who have not yet been rectified in their journey through reincarnation.” [A note on Kabbalistic mythology. The world will be redeemed only when all cosmic soul-stuff has been purified by a two- or three-stop reincarnation process. If you need more than three times through the wash … that’s not good.]

Ramak continues: “When the blessing says gather us together, it means there should be no defect, no wound, no shell separating one from another. There should be no pointless hatred. Hatred is the demonic Lilith, who divides us from each other. As long as hatred divides one soul from another, the world is wounded. There is no redemption. There is no Shekhina. In contrast, each person should love every other one. Each of us should bind our souls to those of each and every Jew, so that the Shekhina will rest upon that person, thanks to your love. This love speeds up the reincarnation process, purifying all those souls that have been scattered to the four corners of the earth, and reunites them at the center point.”

When I davven this passage, I try to reflect on the centrifugal force of our lives. How we push each other away from home into exile. As I davven, I try to gather within me the centripetal force of love, to try to bring us all home.