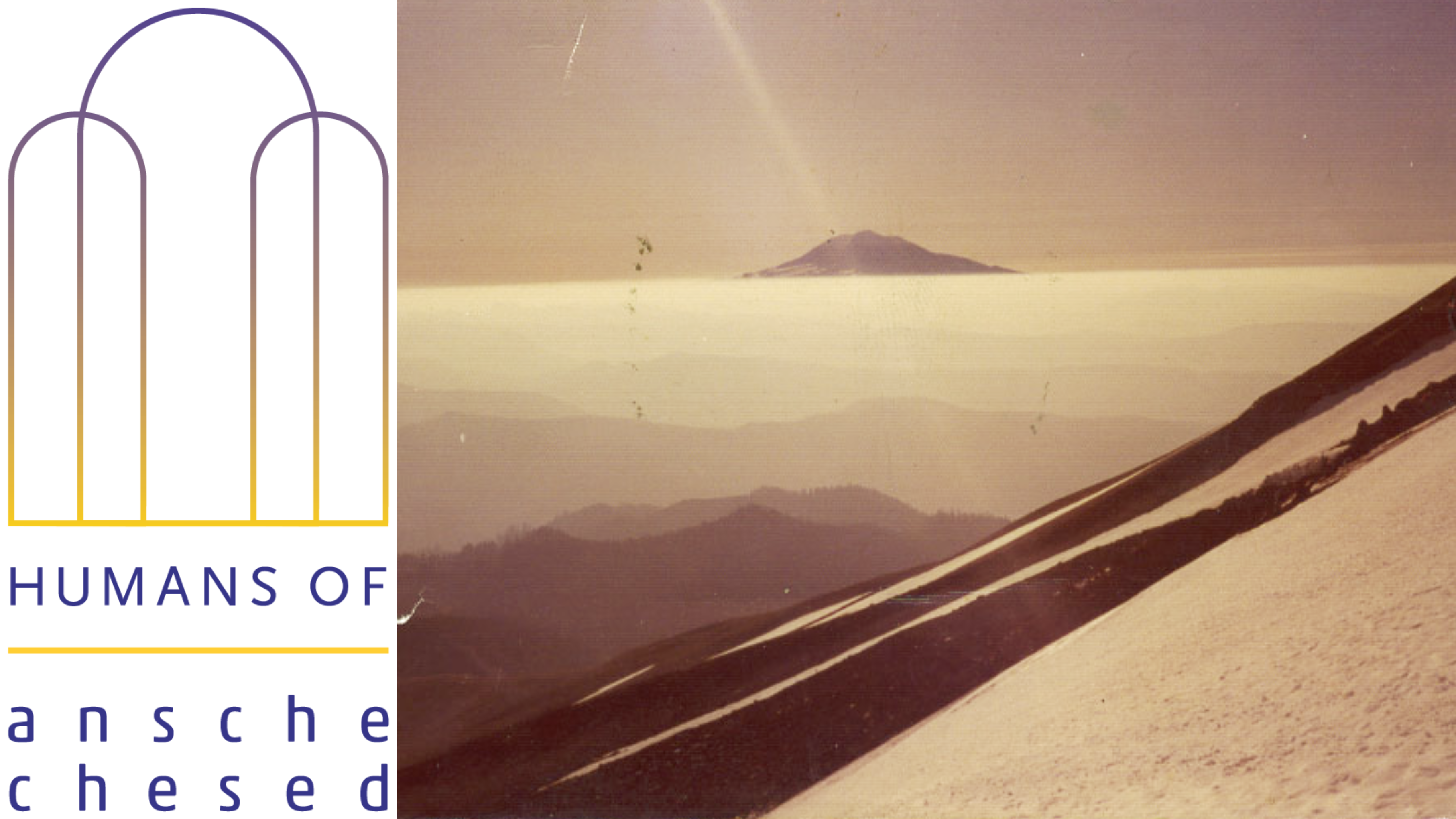 When I took this picture, my earlier life was of less realized and involved human interdependence when I lived in the suburbs as I have done for only 22% of my life. It imbued my environmental consciousness and leadership lasting mostly for two years as NYC Friends of Clearwater Inc. President but as 14-year member of NYC Friends of Clearwater Inc. and 46-year member of the Sierra Club with participation in the B’nai Jeshurun Synagogue’s Environmental Task Force. It causes continued environmental consciousness.

My parents afforded me the enriching experience of participating in these two Wilderness Bound journeys. They involved me in the Cub Scouts and Boy Scouts. My father as a community service was Pack Master of the Cub Scouts for about ten years. On my first Wilderness Bound journey the highlights included rope/snow climbing: Mt. St. Helens in the Cascade Mountains of Washington, Banner Peak in California’s Sierras of Yosemite National park, the Grand Teton of Teton National Park, Mt. Meeker in Colorado and experiencing the Olympic Beaches of Washington. This first journey had me meeting individually and talking with nonpareil Wilderness Photographer Eliot Porter possibly by chance. It was my first real immersion in intense socialization and dependence as we traveled by van around the country with ten youth participants and the journey’s leaders. I learned about America’s incredible national wilderness areas as invaluable natural resources preserved by one of America’s youngest Presidents, Theodore Roosevelt, the elected environmental conscience without equal. Our national parks and National Wilderness areas are under attack this year. Further I learned about botany, nutrition, climbing equipment and techniques including rope handling and safe outdoorsmanship from these scintillating experiences. The second journey was for three weeks in the Wind River Mountain range of Wyoming in which we scaled and rappelled from Pingora and Gannett Peak. Incidentally during both experiences at the summit of the Grand Teton and of Gannet Peak there were snow storms just beginning.

The Wilderness Experiences imbued me personally with a conscience about earth ecology, water and air with their necessary stewardship which reinforced my environmentalism of the last two decades nearly. Everyone are stakeholders and participants in their and the earth’s future. But, mostly the Wilderness Bound journeys gave me a very important perception of the good earth, our and our children’s stake in the cleanliness of water and air with environmental conservation.

In my photograph, beside Mt. St. Helens, which I climbed with crampons, ropes and Wilderness Experience participants, and glissaded from the snow storm summit underway, in the foreground, there is Mr. Rainer in the background, two significant rays of sunlight, two or three light ridges and three other land ridges as possibly one of my best natural photographs.

In fact in keeping with the oral history I wanted to state my most memorable experience despite much wilderness (pleasure) occurred on 94th Street between Broadway and West End as I walked on 94th Street (toward West End Avenue) and my daughter then four years old ran up to me saying Daddy, Daddy and gave me a kiss as I returned home one night. As both a parent and one with memories of the 1970s less memorable or memorable from the sadness and inhumanity of them this human experience of a most positive interaction (with) my (scholarly) daughter will always remain with me.

I am aware of Henry David Thoreau’s earthy quotation more than ever now:

The West of which I speak is another name for the Wild, and what I have been preparing to say is that in the Wildness is the preservation of the World. Every tree sends its fibers forth in search of the Wild. The cities impact it at any price. Men plow and sail for it. From the forests and wilderness come the tonics and barks which brace mankind.