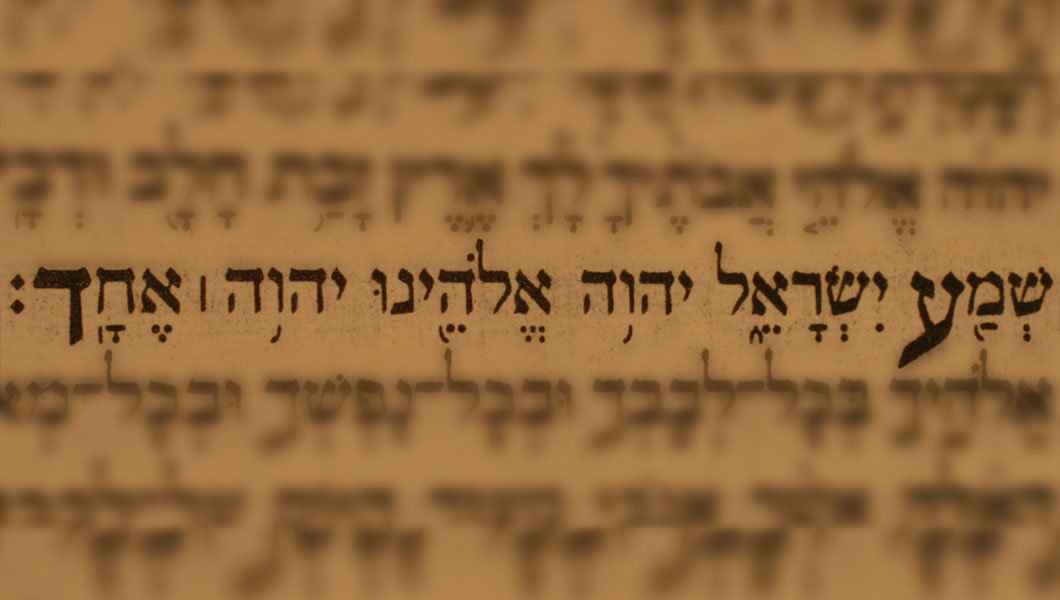 The core of Jewish worship – which we recite twice daily, when we lie down and when we rise up – is Shema Israel, proclaiming that God is One, Adonai Echad. But what does that really mean after all?

When Shema appears in the Torah [Deut 6.4], echad is used adverbially. Moshe is probably telling the people not to worship any other deities, but to follow Hashem singly, or alone. So Shema probably didn’t start out as principled monotheism, but as a pledge of allegiance.

Through rabbinic, medieval and into modern times, Judaism grew more metaphysical in its monotheism, moving from exclusive worship of one deity, to affirming that Hashem is the only deity, to Maimonides’ view of God as a unified metaphysical principle of perfection.

In my own religious life, I feel drawn to mystical reflections on God’s oneness, which focus on the seamless contiguity of all existence. The fancy word for this is panentheism. It’s not that everything is God; a nuance of difference yields the realization that God is present in everything. And if God is in me and you, and in trees & flowers, dogs & cats and distant galaxies, then in some sense we all form an inseparable weave of divine presence.

To express this in Kabbalistic language: אנת הוא חד ולא בחושבן, “You are One, but not numerically.” It’s not that there is one God, instead of a pantheon of Zeus, Diana, Hermes and whatnot, or that God is a metaphysical simplex, unified and not separable into essence and attributes, or the God is totally unique and unlike creation. The mystical meaning is that unity lies beneath and within all diversity, Adonai echad.God is always present, binding diverse lives into the bond of Life. לית אתר פנוי מיניה.“There no place where God is absent,” says the Zohar.

Kabbalists understand that Adonai echad, “God is One,” both transcendently and immanently. Adonai echad as Ein Sof – the infinite, without beginning or end, about which nothing can be known or said, static, never changing, the vast ocean of being. At the same time, Adonai echad as the many faceted God of religion, who lives and interacts with the world, who is angry and loving, male and female, ceaselessly dynamic, and present everywhere, no matter how small or inconspicuous. In Kabbalistic language: ממלא כל עלמין וסובב כל עלמין, God“surrounds all worlds and fills all worlds.”

To apply these insights to davening: When I say Shema, I like to meditate on a teaching from the Zohar [the major text of Kabbalah, written in 13th century Spain; I’ve paraphrased here from 1.18b, 2.261a, et al]:

When I meditate on these two phrases beginning our Shema, I try to attain the consciousness of two aspects of divine Oneness: Adonai echad, God is One beyond and within. Oneness pervading the cosmos, comprehending billions of stars and galaxies, over spaces too vast to be imagined. Oneness within the atoms of my body, in spaces to tiny to be imagined.

May God be One and God’s name One.