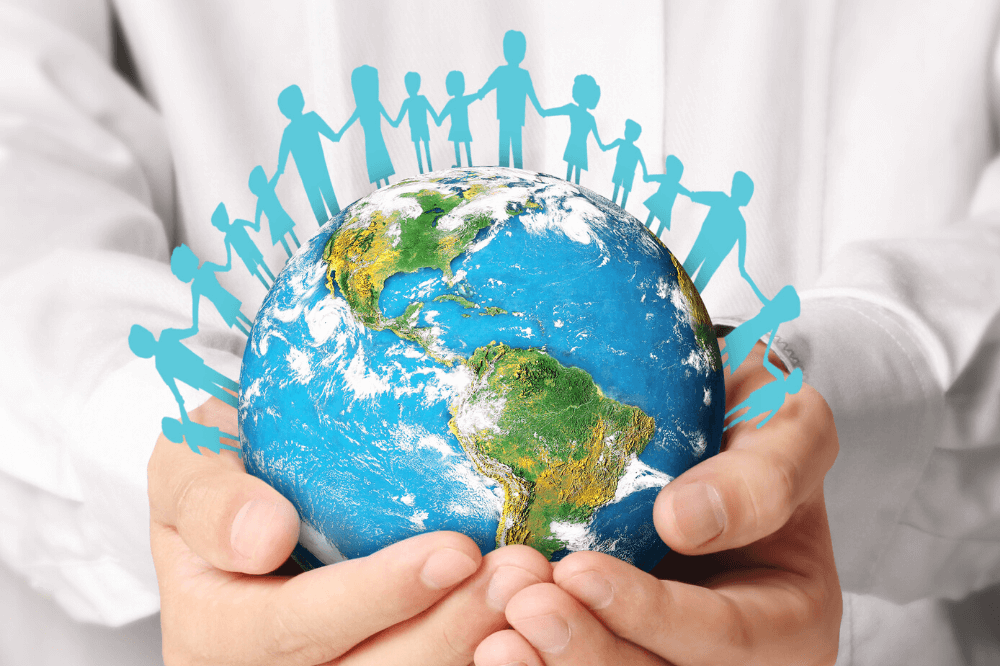 As noted in last week’s post, the Amidah’s final petitionary prayer concludes שומע תפילה/shome’a tefillah, “Blessed is God who hears prayer,” an affirmation that God can be conceived of as an infinitely absorbent ear for our prayers.

Although we often describe private prayer as the “silent” Amidah, this is slightly inaccurate. The Hebrew term is tefillah be’lahash, or “whispered” prayer. According to Jewish norms, “do not pray in thought alone [Shulhan Arukh OH 101.2].” Worshipers are supposed to recite the Amidah verbally, loud enough that you can hear your own voice, but softly enough that you do not disturb others. If you’re alone and need not worry about disturbing others, you can be louder, if that helps you focus.

Davvening is not private thinking. It is not an interior meditation, entirely within your consciousness. Accordingly, in our prayers we do not call God the divine mind-reader, the יודע מחשבות, or “the One who knows our thoughts.” (Although that is a Biblical image, see Psalms 94.11.)

Instead, we pray to God as shome’a tefillah, or “who listens to what we articulate.” Prayers are speech acts – whether formal poems or spontaneous outbursts – communicating what is within you to God who is beyond you. Jewish prayer is connective, not solitary, a first-person address to a second-person listener. A human heart bubbles up into words, which a human mouth articulates and the divine ear absorbs. A rich illustration comes from Psalm 34: זה עני קרא וה’ שמע, or “this poor person calls out, and God hears.”

Whose prayers exactly does God hear? Which mouths win God’s attention? The answer may depend on whether you typically davven the standard Ashkenazi liturgy or the Sefardic or Mizrahi versions.

The text of this 16th blessing of the Amidah is built on Biblical allusions (like most of the Amidah). The Ashkenazi version stresses a more particular, or Jewish-centered approach. The Sefardic version has this too, but also mixes in more universal human themes. About many things, I am a Sefardic wannabe, and this is one. Although my ancestors came from Lithuania, I prefer to davven the version favored by Jews who lived under Islam.

With Passover approaching, it is only appropriate to note that one of the building blocks of this blessing is the description of God’s attentive concern for the Israelite slaves in Egypt. The most prominent source is the Arami oved avi passage from Deuteronomy 26:5-10, the Bible’s formal recitation of national history, which forms the spine of our Passover Haggadah: “My ancestor was a wandering Aramean, who went down to Egypt, few in number and became a nation, great, mighty and numerous.” After the Egyptians enslaved us “we cried out to God, וישמע את קולינו/vayishma et kolenu, and God heard our voice.”

When you davven this blessing of the Amidah, in any version, you are alluding to this very passage, and imploring God to listen with similar sharpness and care to the covenantal people once again. You approach God through the medium of our people’s history. This is, obviously, a highly Jewish experience of worship.

The standard Ashkenazi version reinforces this particularistic approach by concluding the blessing: “Do not turn us away empty-handed, for You hear the prayer of Your people Israel with mercy.” Or in Hebrew: כי אתה שומע תפילת עמך ישראל ברחמים/ki Atah shome’a tefillat amekha Israel berahamim. This phrasing was found in one of the important early Ashkenazi prayer books, the 11th century Mahzor Vitry, from the circle of Rashi.

But dating from even earlier prayer books, and into the standard Sefardic liturgy that succeeded them, the emphasis differs. The first “official” prayer book was by Rav Amram Gaon [d. 875]. His text reads: “for You hear the prayer of every mouth.” Or in Hebrew: כי אתה שומע תפילת כל פה/ki Atah shome’a tefillat kol peh. That version endured in medieval siddurim like that of Maimonides, and its siblings in Spain, North Africa, Mesopotamia etc. down to the present day.

Davvening this phrasing gives a much more ecumenical slant to prayer, affirming God’s attention to the worship on every human lips. You pray from within your membership in the people of Israel, who were slaves in Egypt and who experienced divine rescue. But you also pray as a human being, member of a species that articulates its hopes and dreams and needs and fears in prayer before the Master of the Cosmos.

You might justifiably wonder: did those prayer texts really meant to affirm God’s attention to gentiles? I mean, really? These davveners were medieval Jews, after all, who were generally not shy about complaining about their often oppressive Christian or Islamic landlords. Maybe they actually meant “all Jewish mouths?” [In fact, later Hasidic liturgy, misleadingly called Nusach Sfarad, melded the two versions together in exactly this way: “You hear the prayer of every mouth of Your people Israel.”]

And yet I think the evidence bears out my universalist reading. One of the most influential interpreters of liturgy was R. David Abudraham [Spain, 13th c.], who explained that this final phrase was based on Psalm 65.3: שומע תפילה עדיך כל בשר יבאו/Shome’a tefillah, adekha kol basar yavo’u. “You who hear prayer, all flesh comes to You.” This most universal phrasing can only mean that when Abudraham prayed this phrase, he meant that “all flesh,” all humankind, enters a worshipful relationship with God. And that God listens to the words their mouths express.