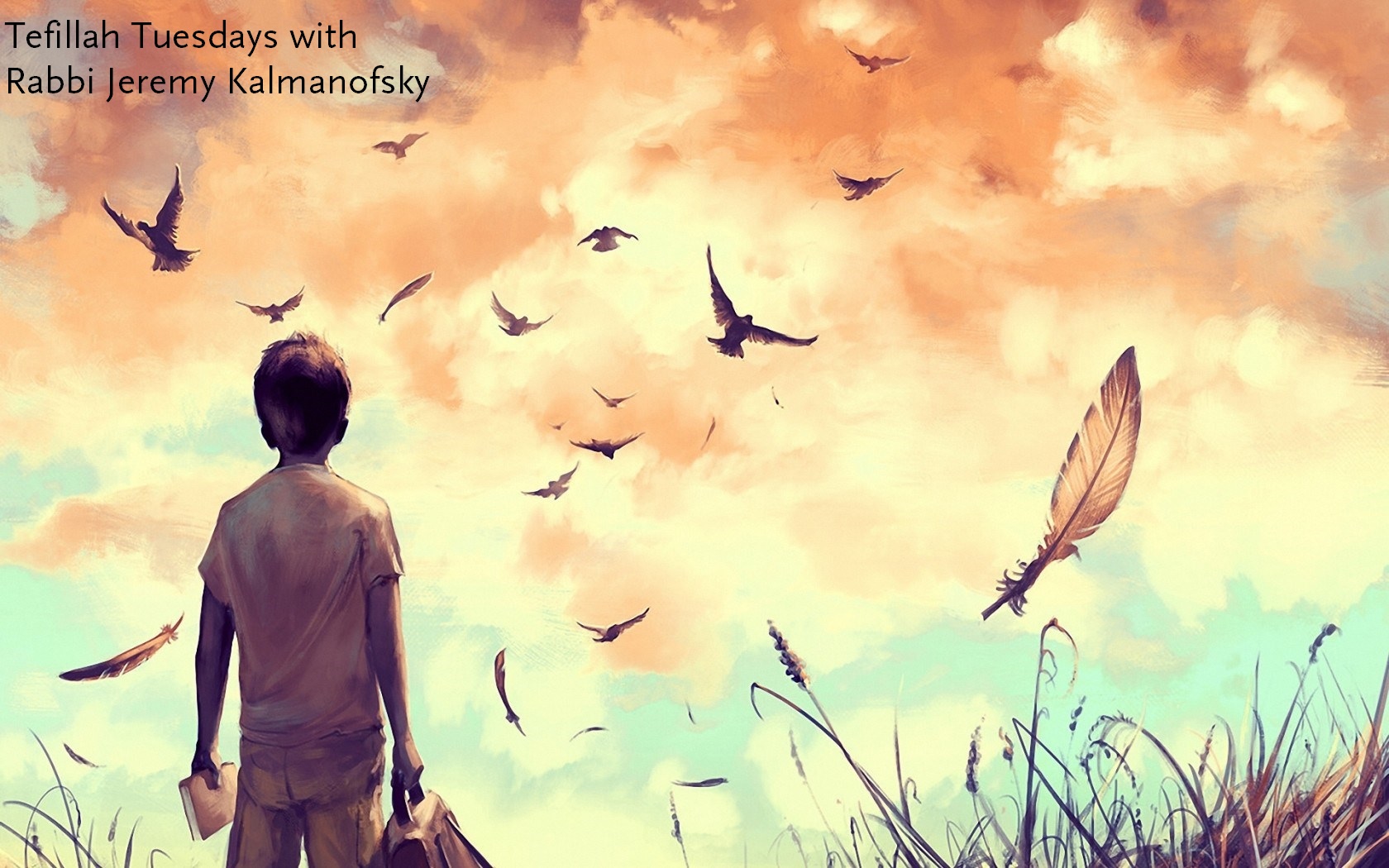 The core of Pesukei d’Zimra is the final six chapters of Psalms, beginning with 145, known as “Ashrei [or, “how fortunate!”],” after the first words of Psalms 84.5 and 144.15, which are appended as a preface.
The Talmud [Berakhot 4b] praises Ashrei as guaranteeing a place in the world to come to those who recite it thrice daily. Among this Psalm’s great merits are that it is an acrostic, with one statement of praise for each letter of the Hebrew alphabet.
Hold on! There are only 21 verses here, not 22, so one letter must be missing. What happened to the nun?
Well, other ancient versions of Psalm 145 do have a nun verse. We think of our Tanakh as the authoritative Bible with a capital B. But the truth is, variant versions circulated both before and during Talmudic times, and certainly before the Hebrew Bible got its official expression around the 9th century in what we call the “Masoretic” text. And two early versions, the Greek Jewish translation called the Septuagint and in fragments you can see in the way cool on-line Dead Sea Scrolls, do have a verse beginning with nun in just the right spot. The Dead Sea version reads: נאמן א’להים בדבריו וחסיד בכל מעשיו, “God is faithful in His words, and kind in all His deeds.” For reasons not important to us now, this phrasing seems suspect, and may be a writer’s addition to fill in a missing verse, rather than the original verse that fell out by accident.
Certainly that is not how Jewish tradition understands the missing nun. That same Talmudic passage suggests that King David [traditional author of most Psalms] intentionally omitted the verse because nun would connote נפילה nefilah, or downfall, especially the verse [Amos 5.2] “the maiden of Israel has fallen [נפלה]; she will not rise again. Abandoned in her homeland, there is none to raise her up.” In this interpretation, the Psalmist didn’t want to mar his hymn of praise by reminding worshipers of how much suffering they sometimes endure.
On the other hand, he cannot deny the inevitable fact: everyone suffers. You have successes and painful failures. The Psalmist must admit that our downfalls are real, so he embeds a nun in the very next verse, the one for the letter samekh: סומך י’הוה לכל הנופלים וזוקף לכל הכפופים, “God supports those who have fallen and straightens all who are bent.”
A person of faith worships by affirming that even during crises and catastrophes, we experience God’s grace and support. Indeed, even before we fall, God extends us inner strength to endure, prevail, and arise again.
As you daven Ashrei, I invite you to listen for that absent nun, standing for those hard things in your life, the downfalls and stumbles you cannot quite bear to think about, the things you don’t want to name. Then say samekh, and accept divine support. This faith gives you strength to admit your nuns, your downfalls, your failures. Because even when you’ve fallen, Hashem supports the fallen, and helps you stand up again.